I didn't know there was a comet in the sky at that time until i saw a picture of it the night before.
Luckily the weather was clearing up. 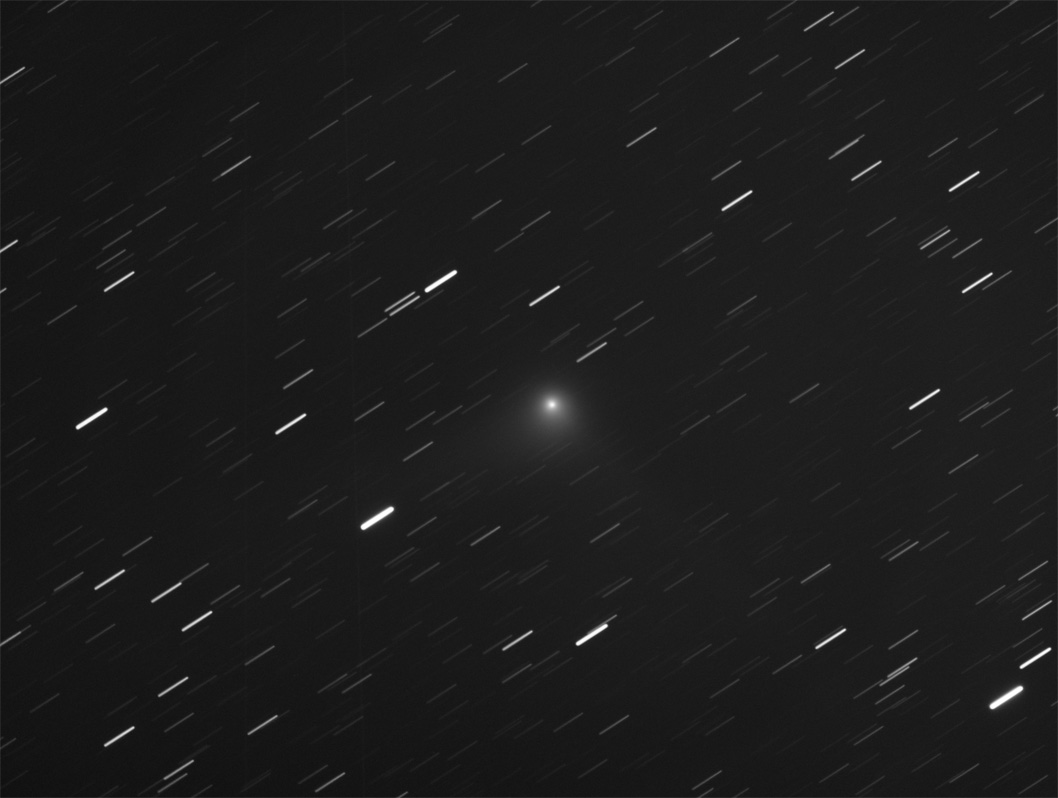 
Aligned on the stars. 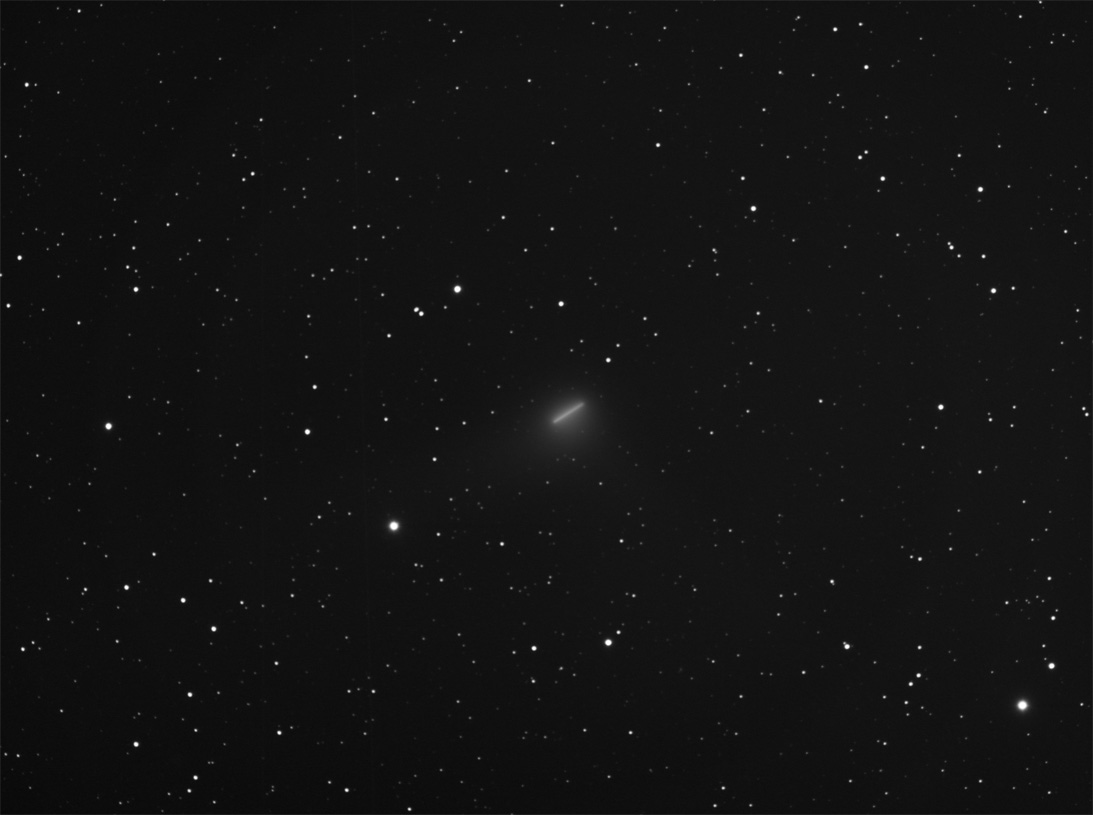 
I made some animations out of those 30 shots. Used DeepSkyStacker to save the calibrated frames. Then i binned them to 2x2 in Nebuloisty with 2x2 sum. Then DDP and curves also with Nebulosity.

This time i recorded for 2 hours. Sadly i had to delete 2 frames as the guiding utterly failed.

Captured with Scopos 80mm triplet, Qcam9 mono at 2x2 bin with UV/IR Cut filter.
Made flats but at 1x1 bin, forgot i had captured lights at 2x2 bin. So i software binned them to 2x2 but it wasn't perfect. You can see som odd dounut artifacts in the movies. 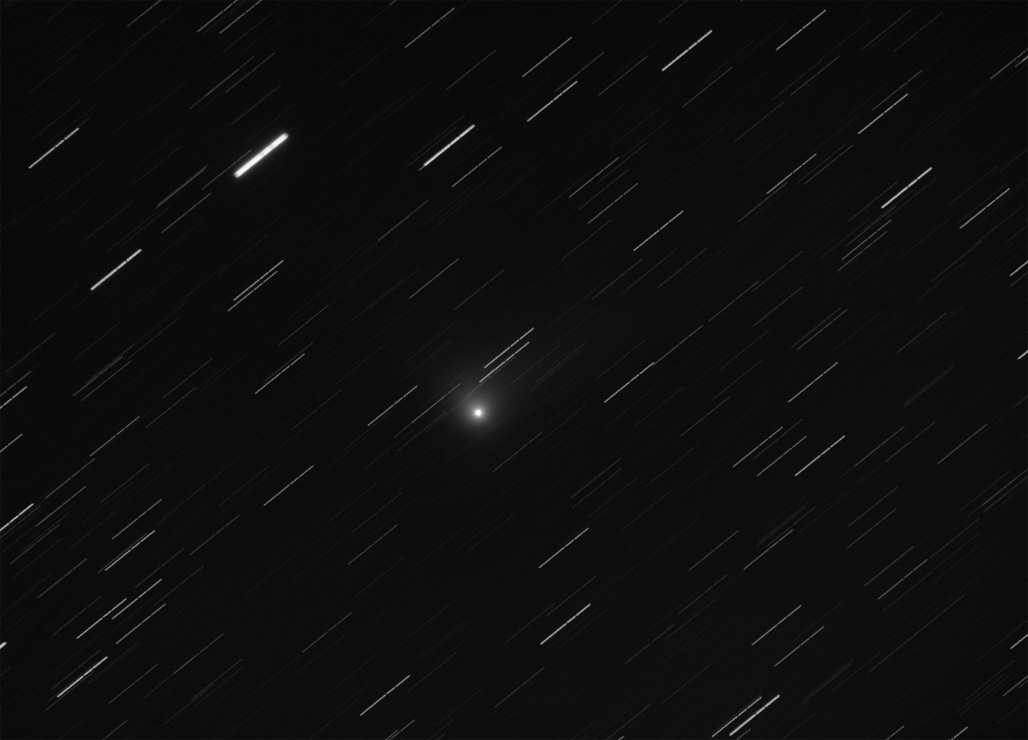 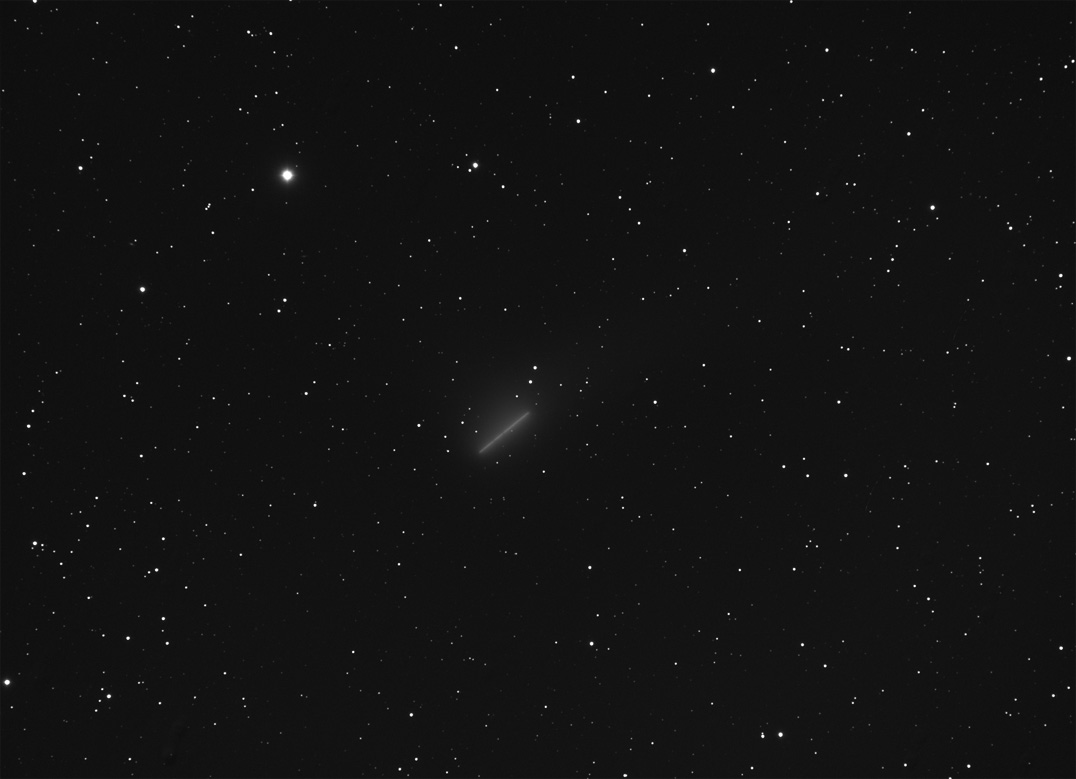 The comet had become a great deal weaker since my last recordings. So i wanted to try to get PHD Guide to guide on the comet itself. It had no problem doing that with 3 second exposures. The signal was pretty low but it had no trouble guiding.

I used 300s subs to capture it. Again i forgot to make 2x2 bin flats.
I used 1x1 bin flats which were scaled down. It sorta worked, except for where the dust are. It's pretty obvious in the movie. 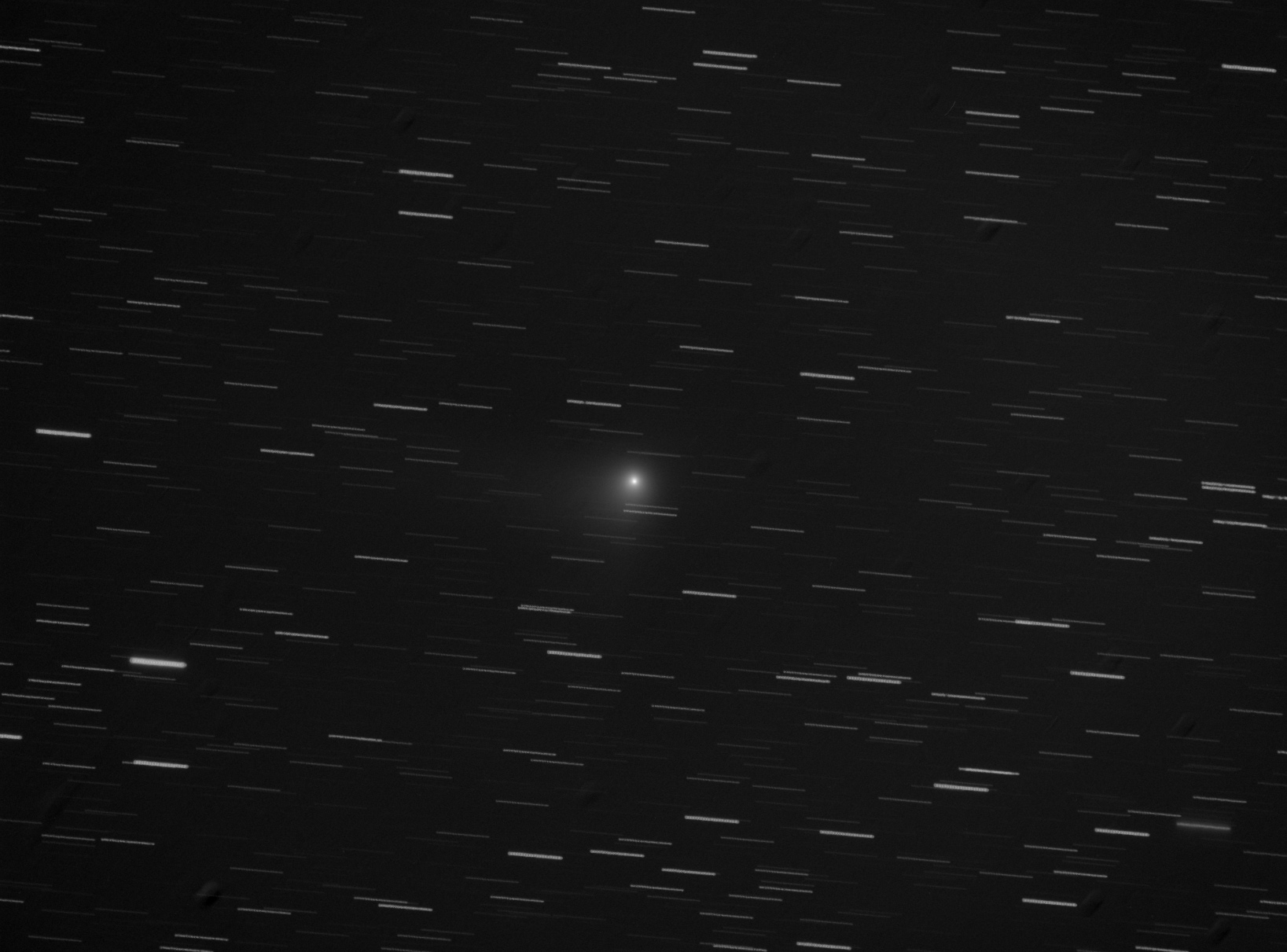