I've been following Hartley Comet for a while now. I even captured this short animation when it was around it's closest approach to Earth. 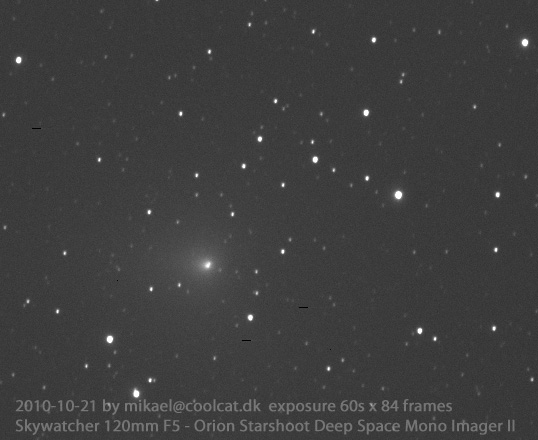 About 2 days before EPOXI did its flyby of the comet i plugged in my plasmaglobes after they've been unplugged for many many months.
After the flyby pictures were released i noticed something similar on my biggest globe, something i haven't noticed before now.

I noticed these tiny streamers and thought they looked a bit like what those flyby images were showing.

I found a way to isolate them away from the usual filaments you usually see in plasmaglobes.
I wound the powercord between the bottom of the glass and the base.
This attracts the large filaments but the streamers happily dance away around the inner sphere. 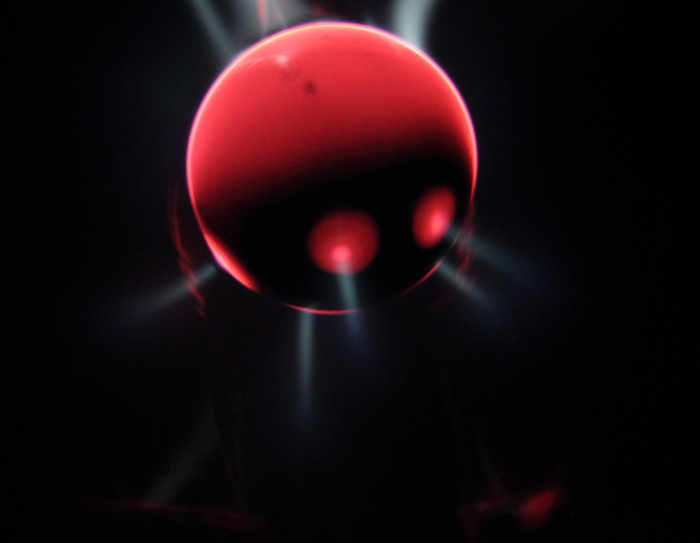 The following videos were captured with a Canon EOS 500D and the images are a frame taken from each video and shrunk down 50%.


Here are some videos of the streamers. 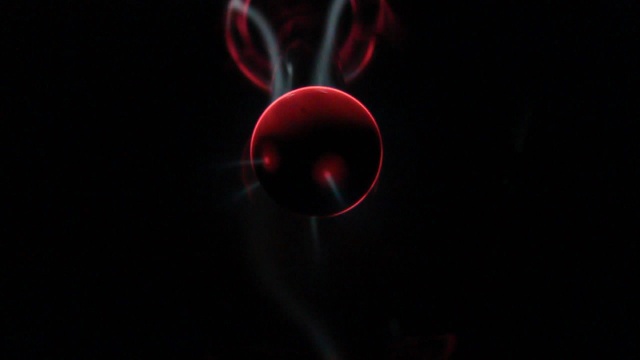 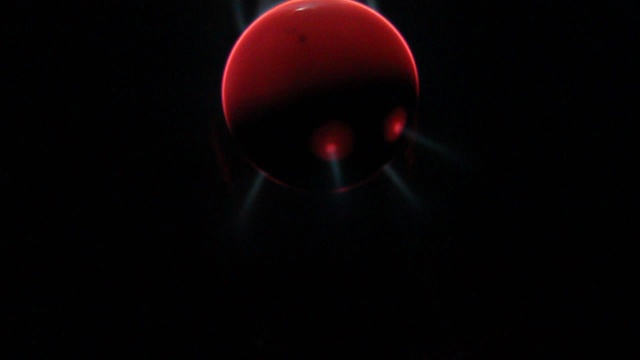 
Well after that i plugged in my smaller globe which also had its powercord wound between the glass and base.
But i always used to switch it off before going to bed. Not this time and it became quite intriquing.

It usually dances around the bottom, ever changing and energetic. 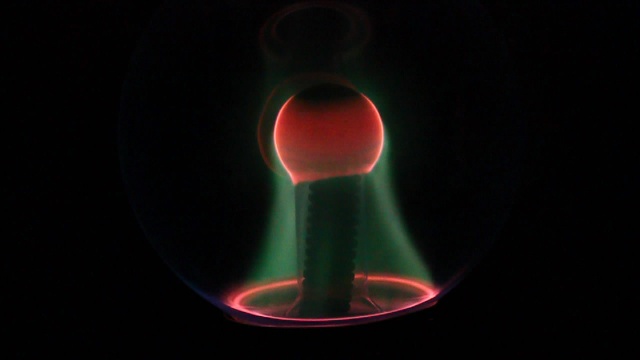 
Well it was left on the whole night and towards the following evening i suddenly noticed something odd.....it stopped dancing, it had stabilized. 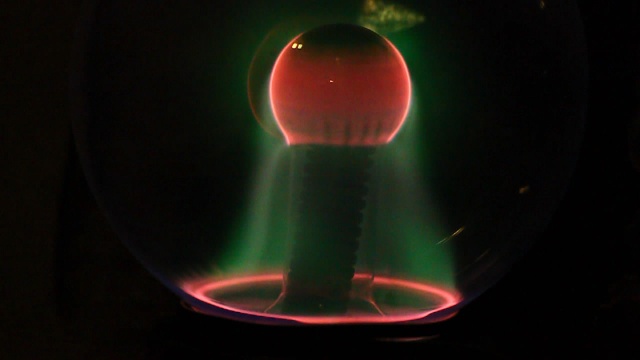 
But not only that, i could clearly see a green and a blueish colored plasma and they had structure and gaps between them!


During the night the green plasma grew brighter and brighter. I've never seen the Aurora personally but to me this looks like Aurora Globulus :) 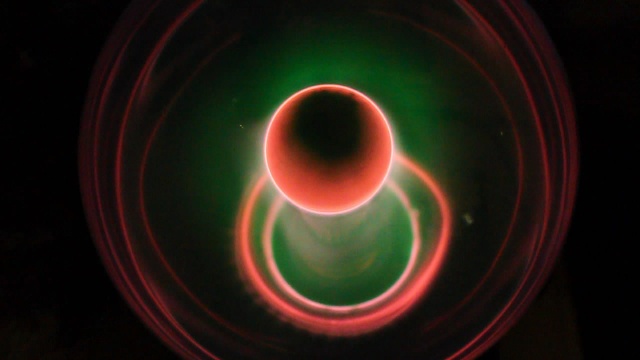 
Up to this point i hadn't touched the glass in fear of disturbing this stabilized state. But when i finally did touch it, again something unexpected happened.
I did not see a single plasma connect to my finger but two! A green one and a blue one and they were dancing around eachother. 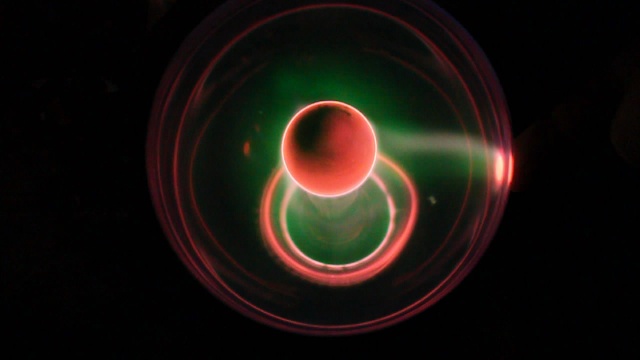 
Of course i had to do this again. This time i toched the glass on the top as you get a better response from a plasmaglobe in that spot.
It didn't disappoint. Here you can now clearly see how it tries to spin around almost twisting into a spiral. 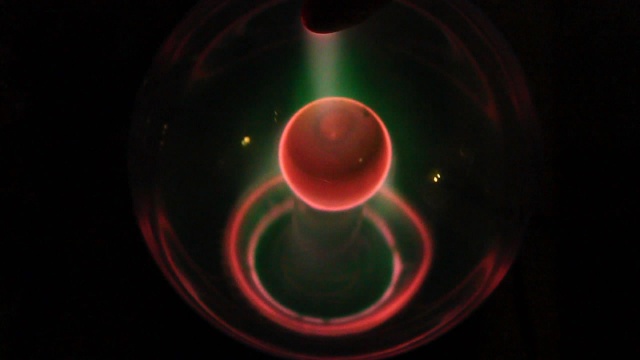 
Now this morning there's a new development. The green plasma is almost gone and the blueish plasma is also very diminished and it's all now more of a pink color.
Not only that the plasma is now covering the entire inner sphere and some parts of is stationary. I can't even provoke it to move like i could yesterday by moving my fingers across the globe.
In this video i touch the glass from the top and you can see it react to it but it's like it's peeling away a layer instead of exposing the inner sphere surface.
Quite odd, never seen a plasma globe do that before. 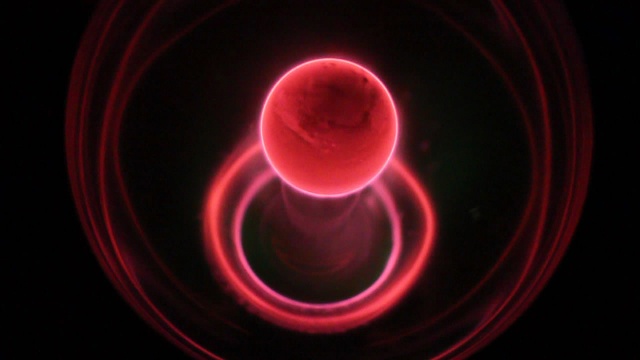 
Here it is from a different angle. 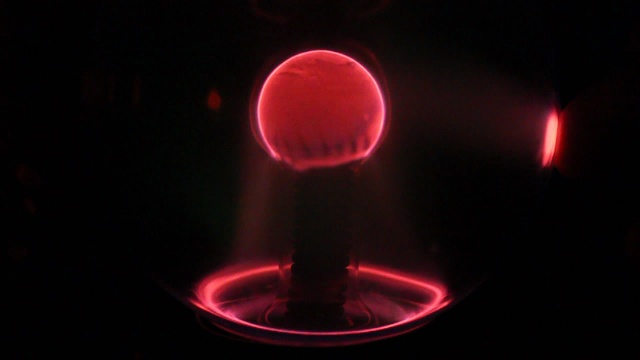 
Finally i want to throw this one in.
It clearly shows that the large filaments are actually tubes and notice at the surface of the inner sphere how the diameter also varies depending on the strength of the filament. 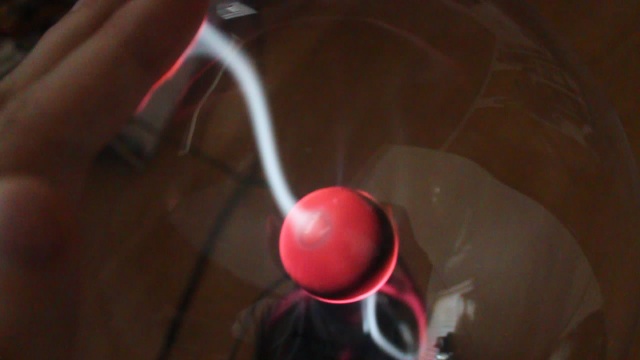 
This is what you normally expect from a plasmaglobe. Glow mode touching your fingers and jumps in and out of arc mode.
This was captured with a USB camera with a shutter speed of 1/500th of a second. The flashing is the plasma itself and not a camera/capture fault. 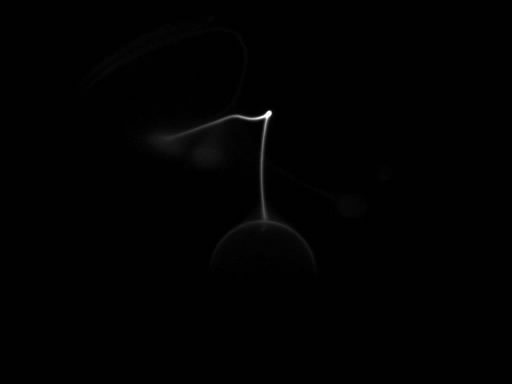 My globe has been running for several days now with out any filaments visible. Just the inner sphere glowing brightly.
So i decided to remove the powercord and i did not expect it to look this way. As you can see the green is back and going crazy.
Also where the plasma touches the glass is different than they usually are. 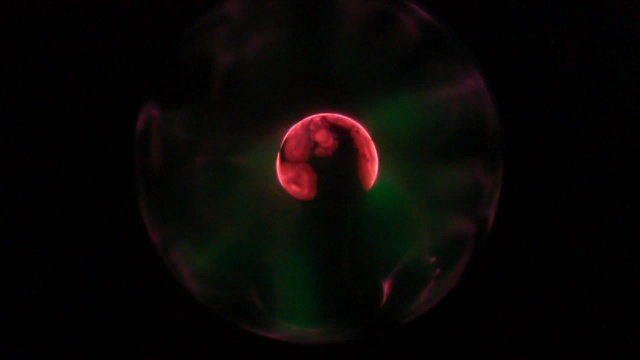 
Here i am touching the top of the globe and a nice green bright green plasma surrounds the inner sphere.
This time thought it gets quite hot and after a short while i have to remove my finger. Never had a plasmaglobe where it got that hot.
I think it has to do with being on for such a long time with the power cord wrapped around it. Seems like it has accumulated some kind of extra charge. 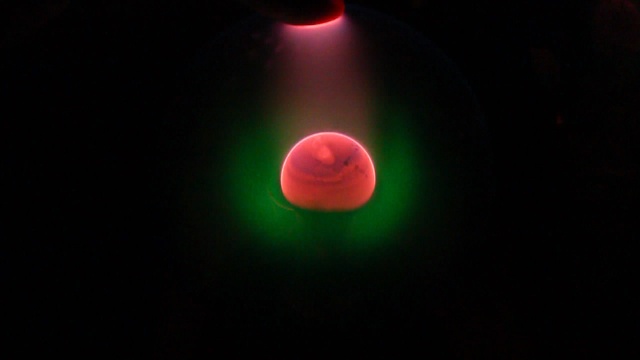 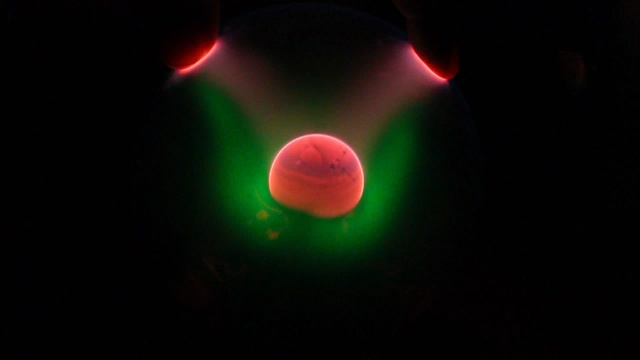 
Now this one surprised me completely.
I was expecting to see the dark band as the plasmas were focusing on my fingers but i did not expect to see that dark band extend into the plasmas. Was quite interesting to see. 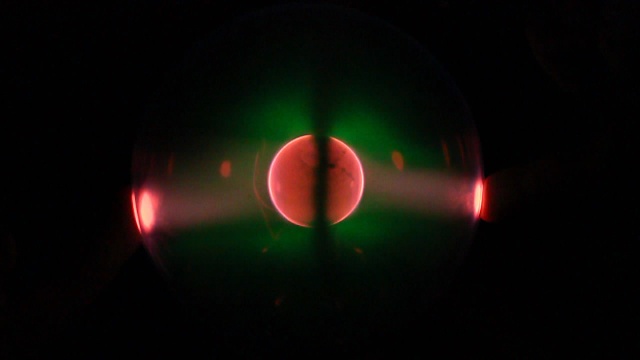 
Here i touched the globe with a couple of fingers but on the side of the glass instead of the top.
I did this because i noticed other times there would be new discharge points appearing in the dark area. Again these showed up and they started to dance around and also showed moving structures in the green plasma.
You can't see it in the snapshot but it's clear in the video. 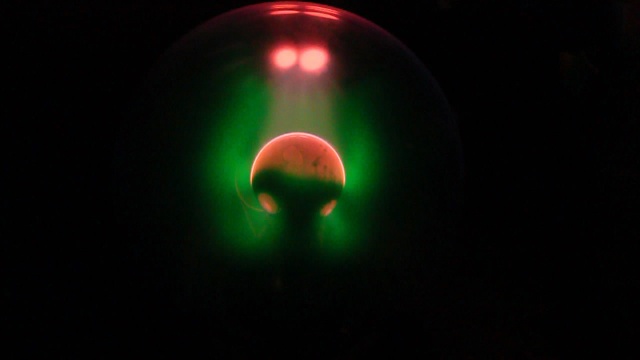 
Here i have zoomed in for a closer look. 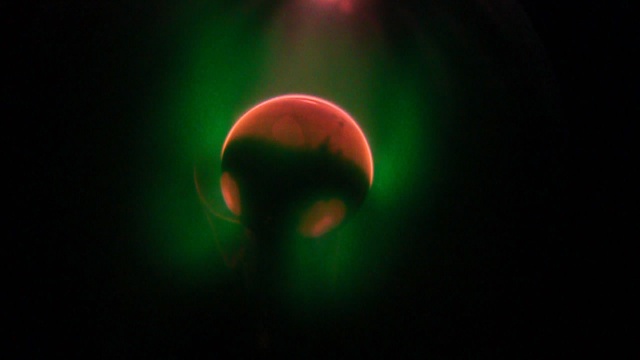 
And finally you can see the green plasma has grown brighter since i first released the power cord. 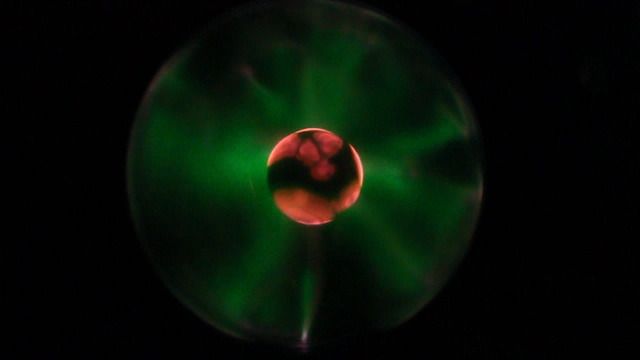 
You can see it's still not behaving as a regular plasmaglobe nor does it look like anything it used to before i did that power cord thing.