I've bought a new large plasma globe since my previous post about plasmaglobes. I had it running for 2 months straight without ever turning it off and then something happened.

You may remember that in my previous post i wound the powercable around the bottom of the glasssphere and found it changed the globes.
However this one changed all by its own just by being on all the time, so i'm starting to wonder if it's the electrical system in my home that's causing this.

The first month the new globe looked like any other one, with many many small filaments dancing around and going into arc mode when you touched it. However it's nowhere near like that anymore. 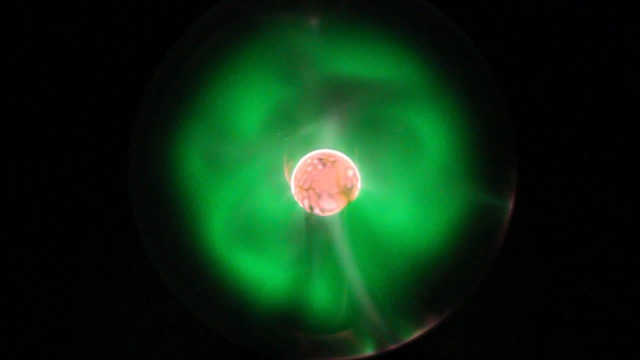 
This is my old large plasma globe, this one had its powercord wound around the base of the glass and ran like that for a couple of weeks.
Only a few filaments reach out to touch the glass and there's also a blue glow at the edge of the glass sphere. 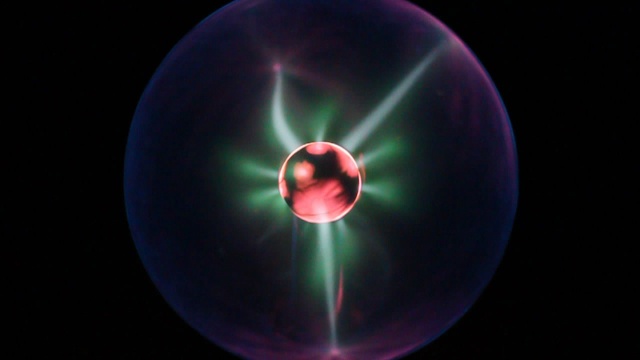 
This is my small globe, the first one that started all this by having its powercord wound around it. It starts out with a bright blue glow with filaments but then it changes into something different. 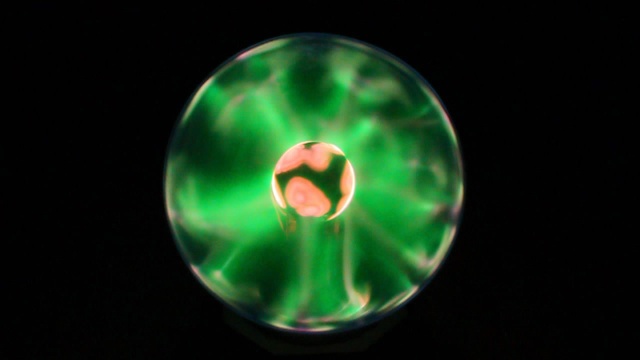 
Small globe again, here i'm just touching it with a finger at opposite sides. Reminds me of this:
http://www.nasa.gov/mission_pages/hinode/xrt_feb1_110208_prt.htm 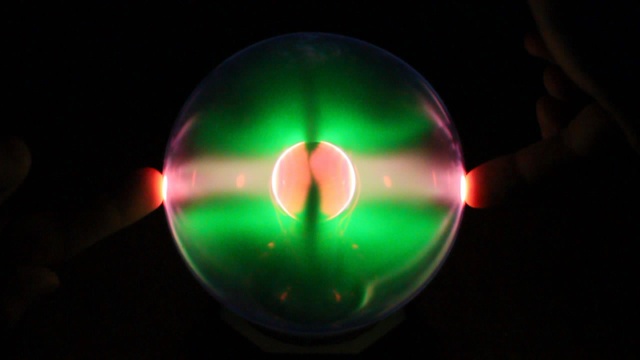 
Here all 3 globes are put together.
The large globe on the left is going a big crazy. I think there was a tiny gap between it and the small globe which caused it to spark like that. Fun to see how all 3 reacts to it. 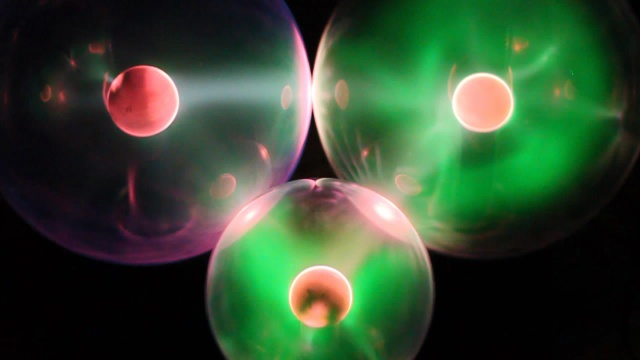 
Again all 3 globes.
First i pull the powerplug from the left large globe and then the right large globe. Very interesting that the plasma stays in the large globes with their power turned off.
Towards the end of the movie i plug them both in again. 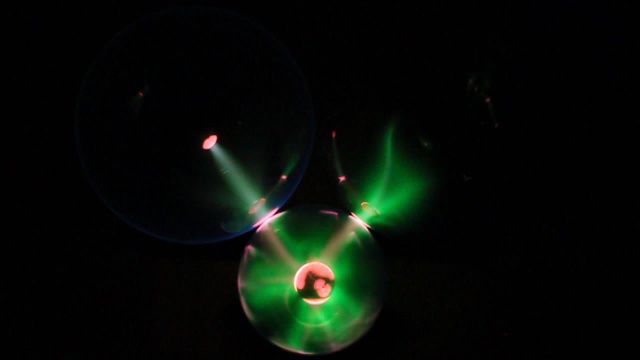 
Again all 3 globes.
I just wanted to show here that they are plasma within the large globes and they shut off if i touch the small globe too much.
I briefly plug in the power and pull it out again to reactive the plasmas. 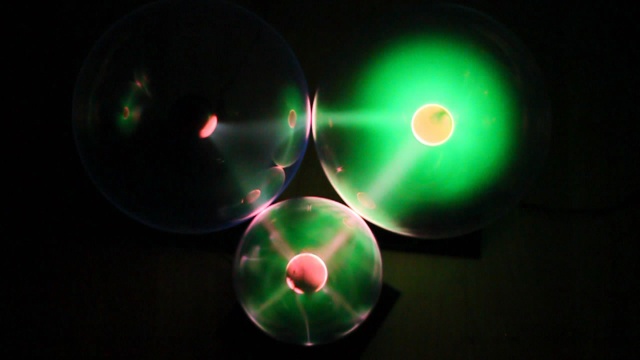 
Made this electro magnet. Couldn't find a metal ring to use so i had to look deeper and found some metal i could use inside a coathanger.
I wound copper around it 3 times, took quite a long time to do, hours. Hooked it up to 4 x C 1.5v batteries.

It worked as the batteries got very hot but when tested next to a compass the needle only moved slightly, so the field was weak.
I was later told that it was because i had wound it in a toroid shape that the magnetic field is inside its donut shape. 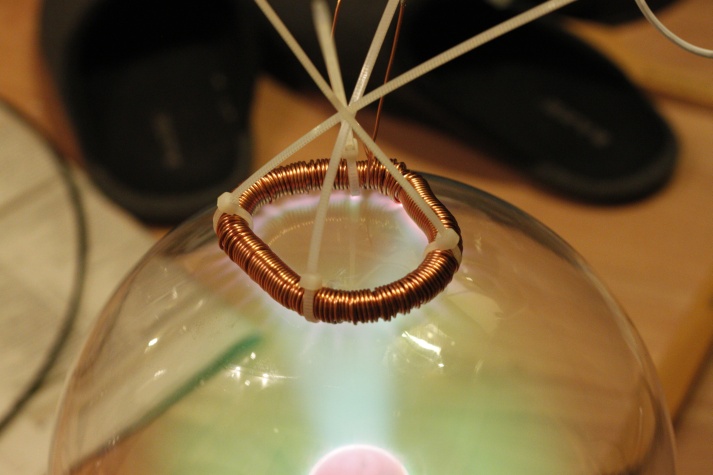 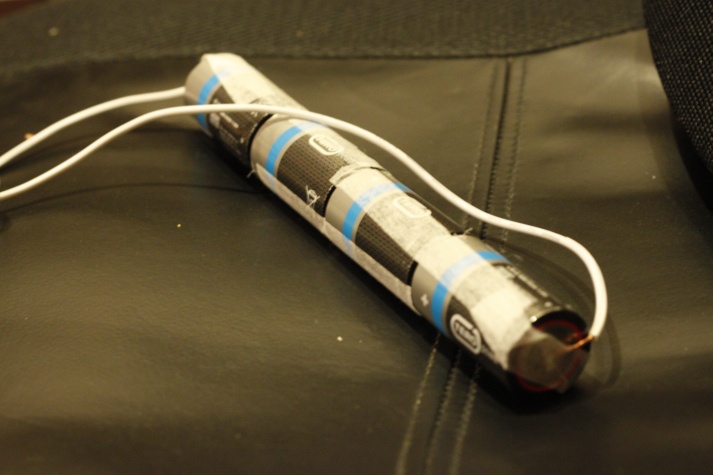 However it still managed to affect the plasma. But the plasma on the inner sphere was unaffected when i turned the power on and off to the coil.


The coil managed to make a funnel from the innersphere to the glass sphere.
Also a ring formed at the the innersphere while at the center it sorta looks like an aurora at the surface with the increased intensity there. 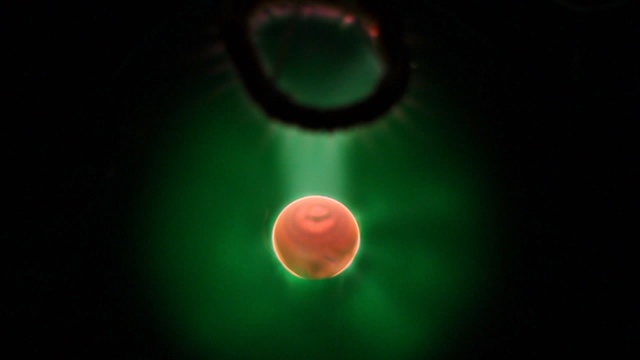 
Side view. The funnel is much more visible here. Notice green plasma appears near the coil at the top as well. 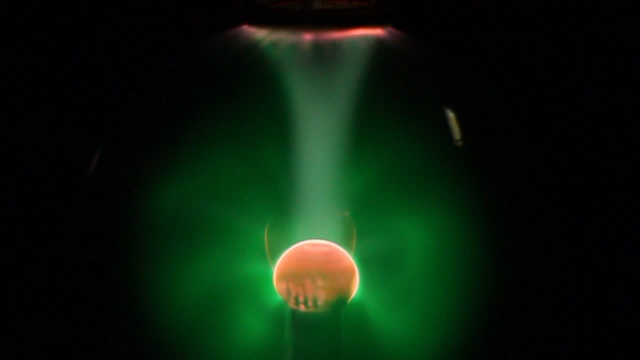 
Here i've put it on my other globe. The coil affected this one too.
Though the funnel is made of filaments now there are new disturbances appearing in the filaments. You have to view the video to see them.
I've never seen disturbances like that in a plasma globe before. They seem to sometimes to be moving from the top then halfwaydown before going up again. 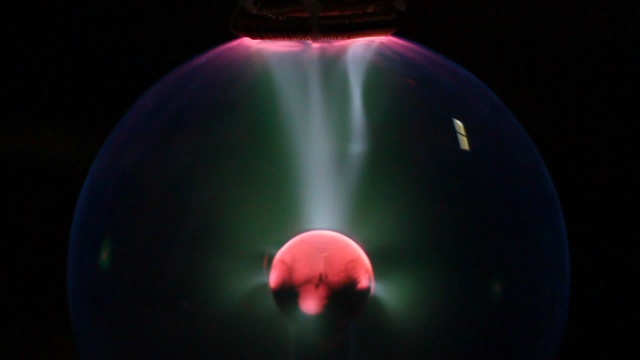 
A closer view of the green globe. The ring and "aurora" are there again.
I wonder if this is how cloudbelts on jupiter are created. Would be interesting if i had 2 coils and placed them at opposite sides.
he bottom half looks similar to the sun surface with all that granulation. Just not as dense. 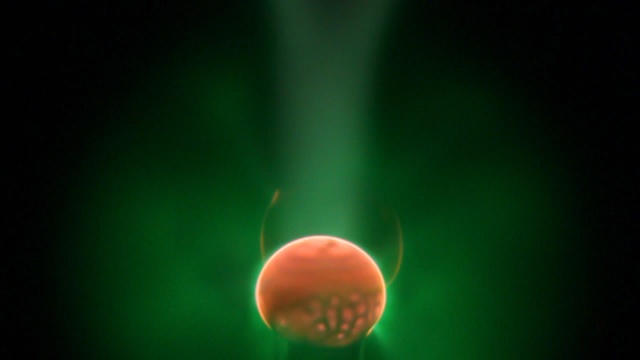 
Another view of the green plasma. The ring and "aurora" again appears in this shot. 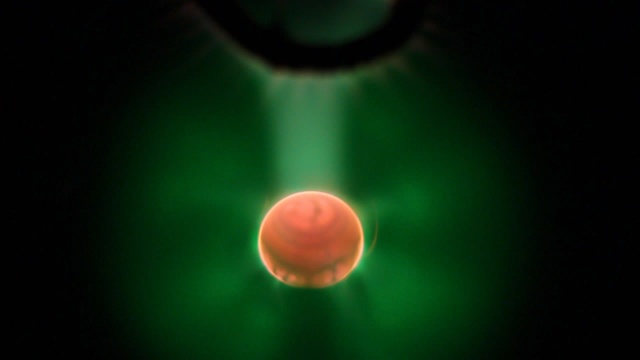 
Here i've laid some wire across both my two large globes.
I cut the power to the green globe and some of the plasma is sustained from the wire. 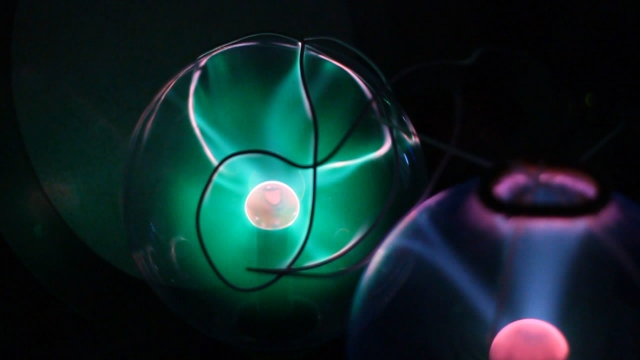 
Some very nice interaction between the green and blue plasma.
Wire wound around the base of the globe and my toroid shaped coil laid on top of the globe. 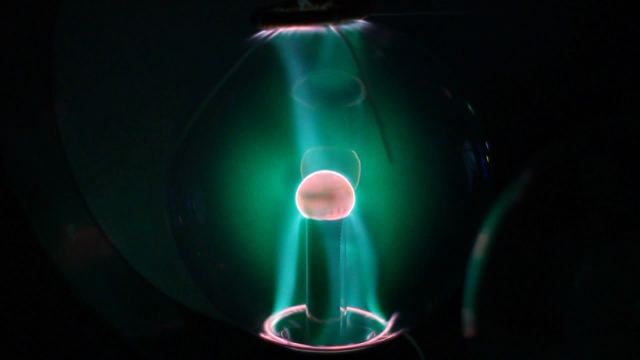 
My two large globe positioned next to each other, touching.
The power was cut from the one on the right. 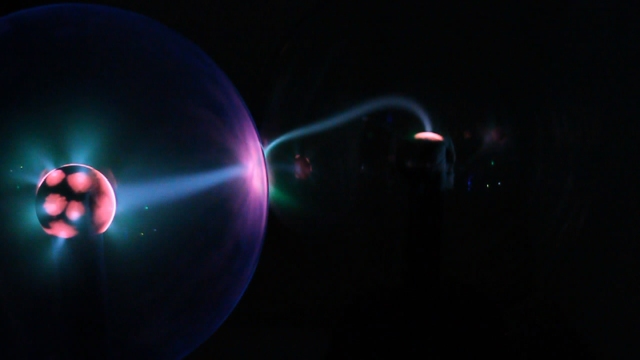 
Same as above. But here the plasma in the right globe manages to reactive after i touch the globe on the left. 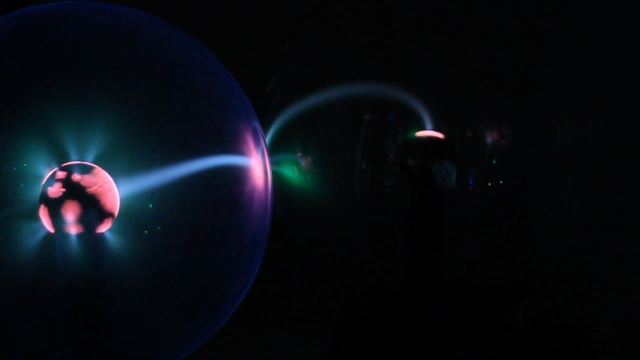