The images were captured with a Canon EOS 400D and are all reduced to 25%. Had trouble getting the autofokus to works so used it on a streetlight first. 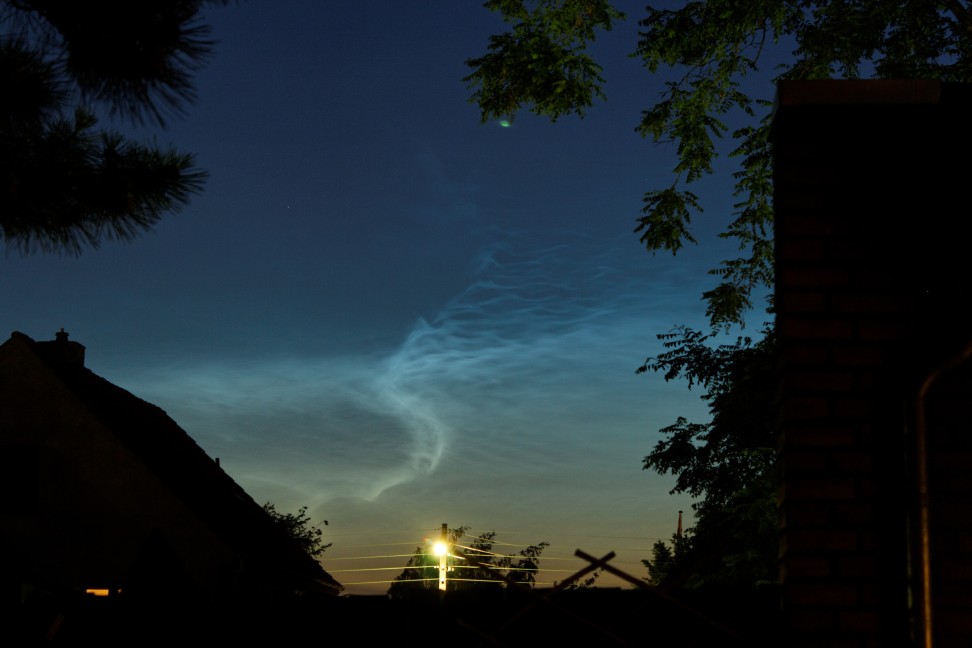 This one was captured at little later. The clouds are not out of focus they just look like that. 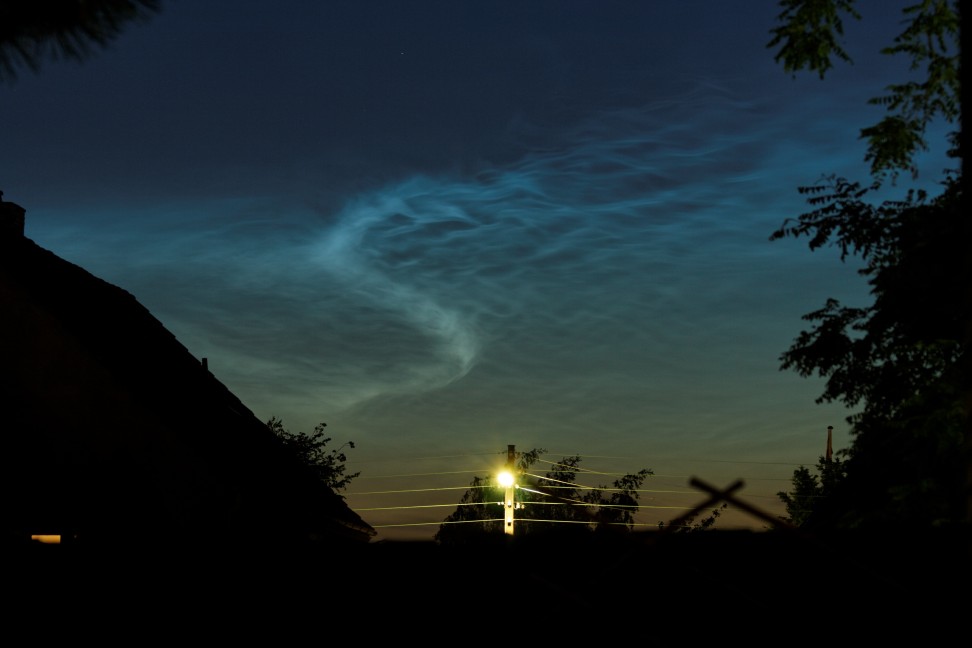 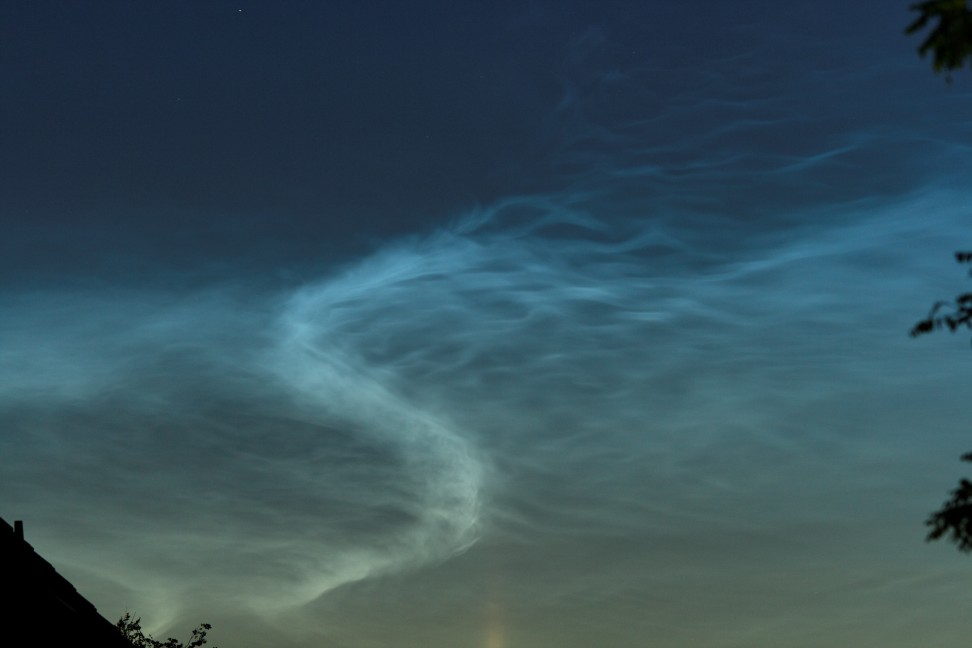 Then i went down to the parking lot to make a HDR image. I discovered that NLCs move much too fast for that.
This image is composed of 10 images. Mostly to get details out from the shadowareas. 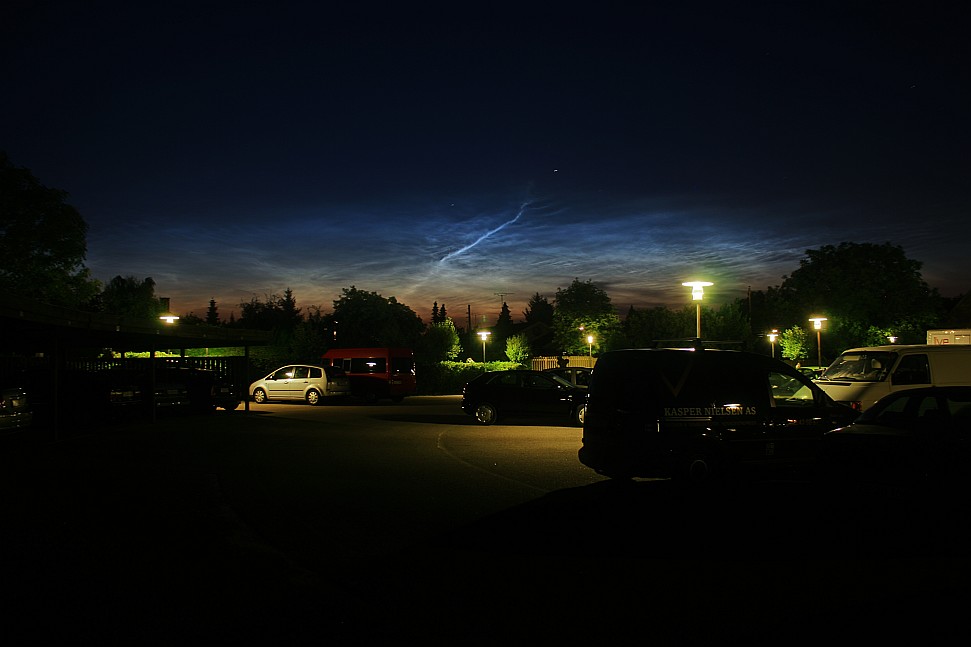 This "arch" was rather nice that evenning. Especially the details along its sides.
I also tried taking multiple exposures but there was too much movement. I did notice something interesting. The clouds were moving towards that arch from both sides. 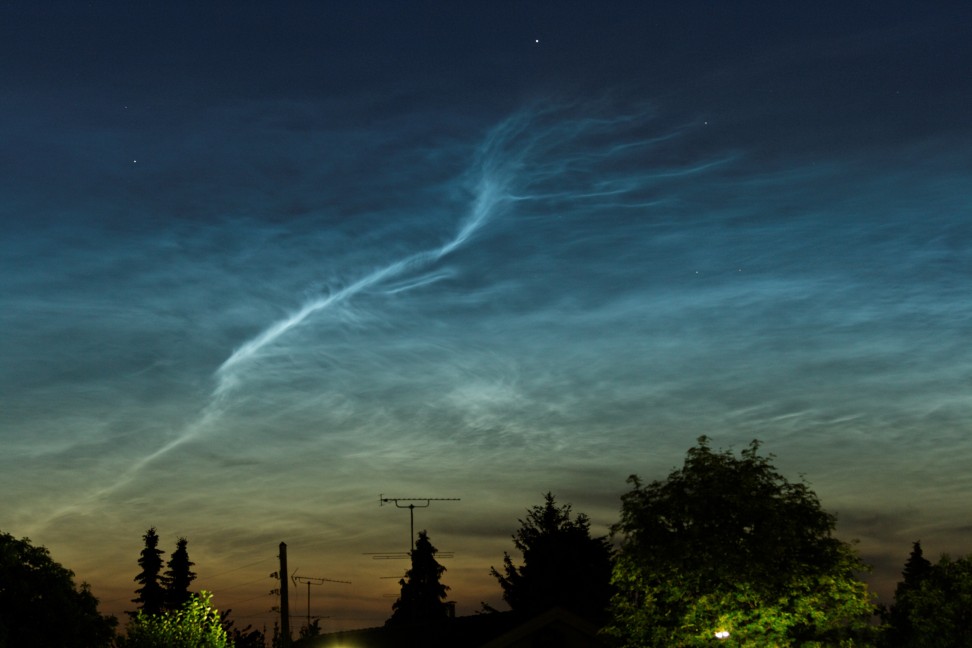 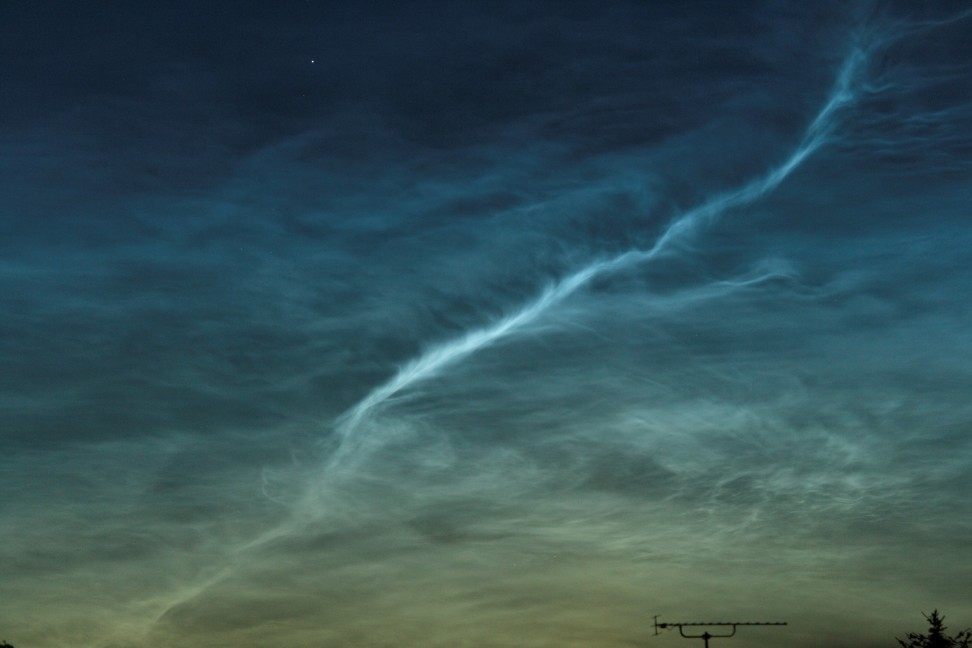 Captured these before i went inside. 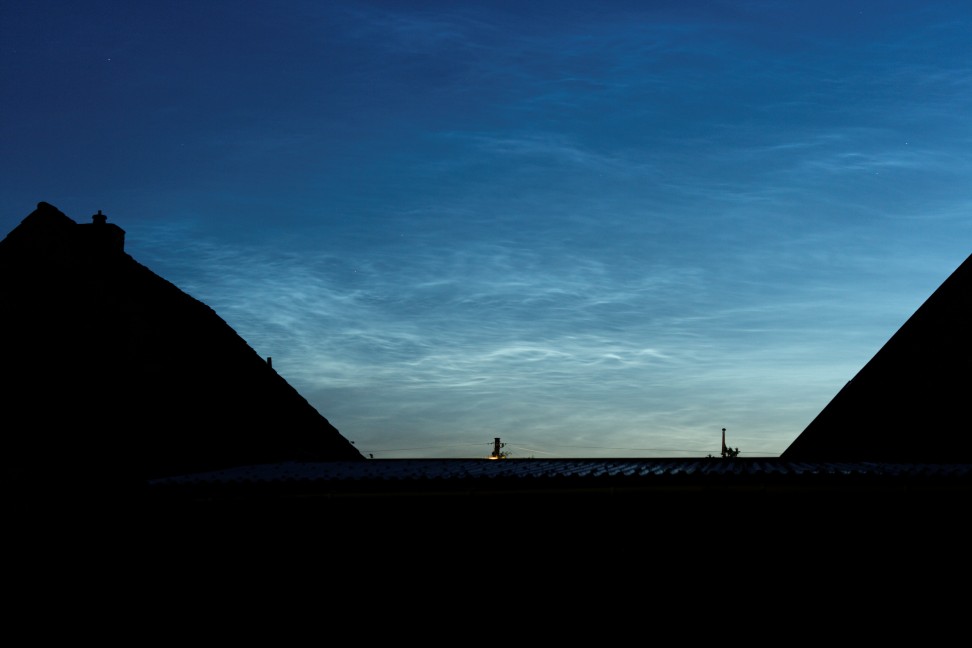 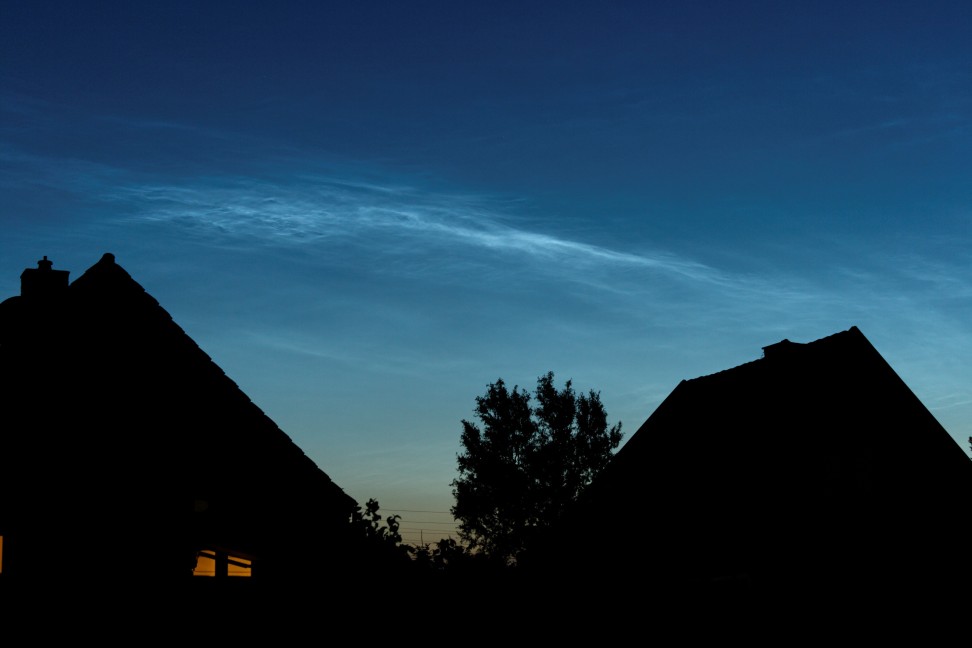 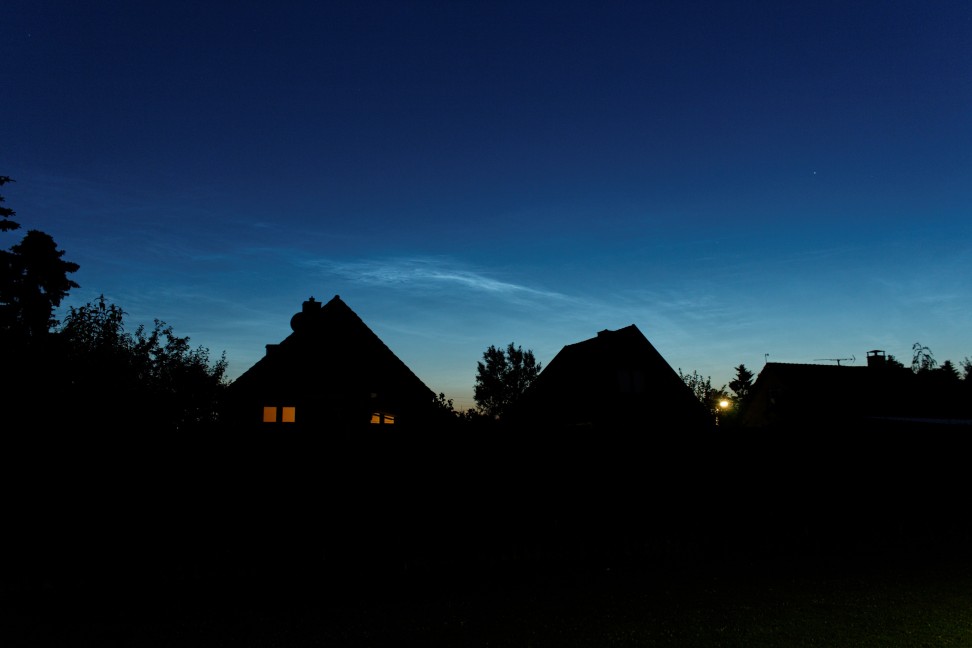 
Was out that morning/night to see the grand show. 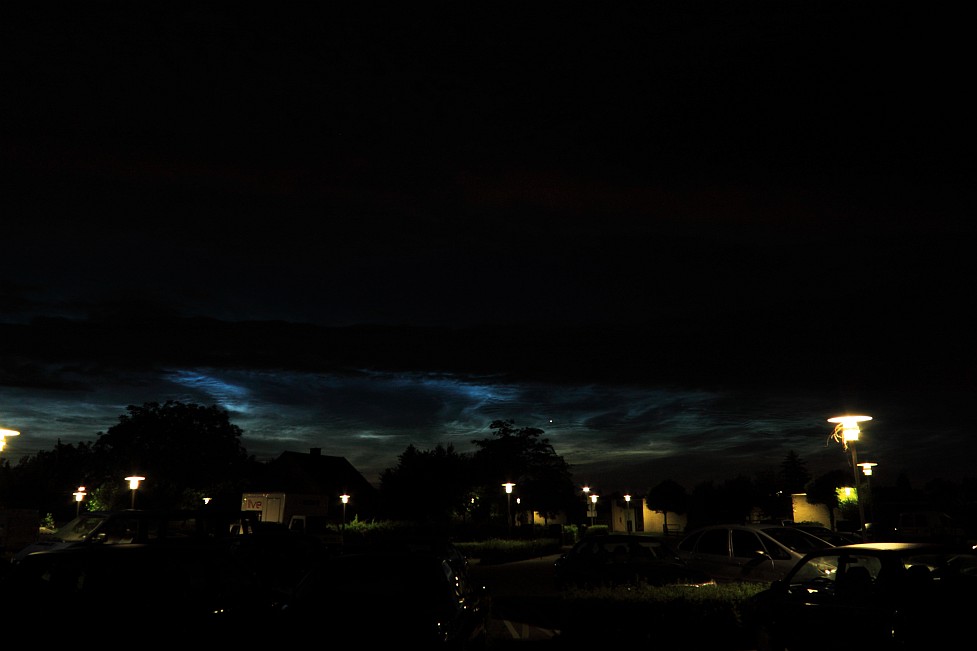 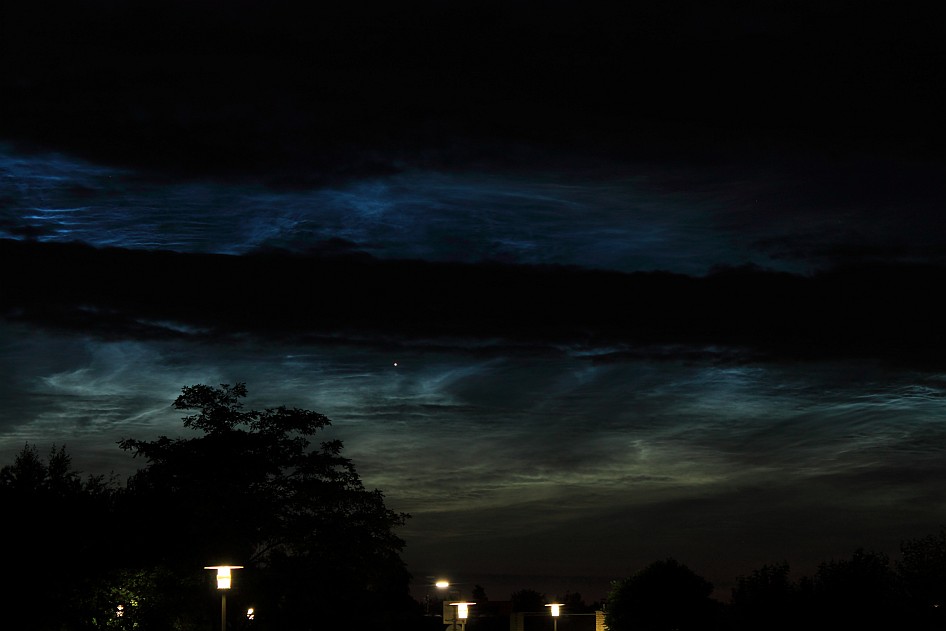 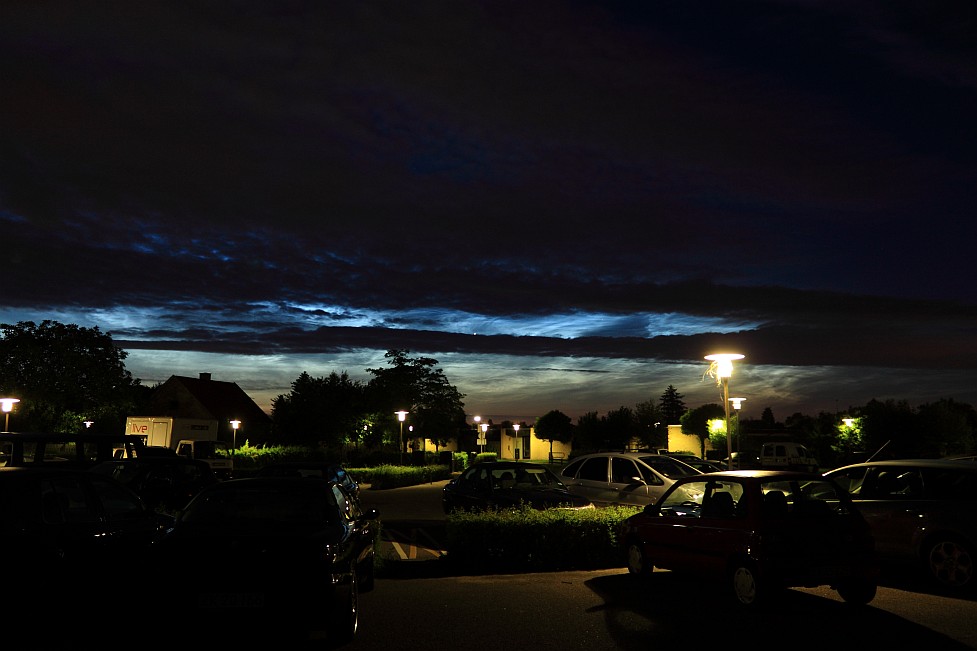 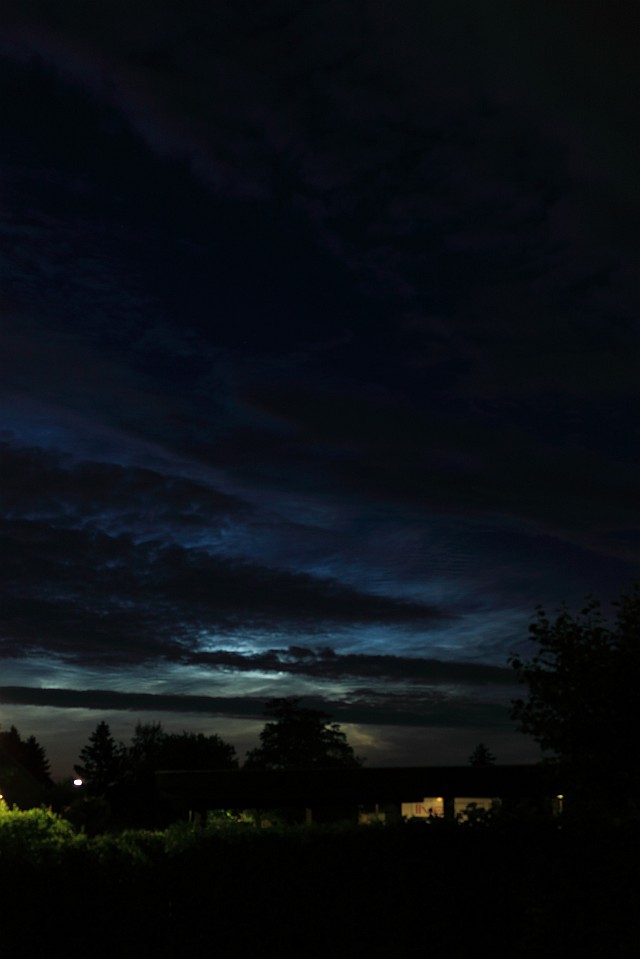 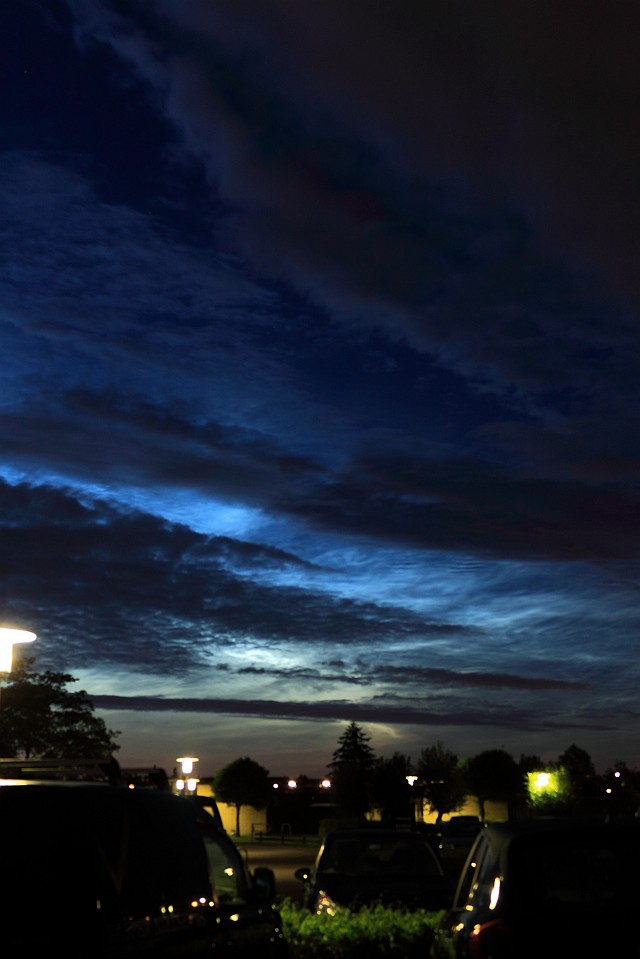 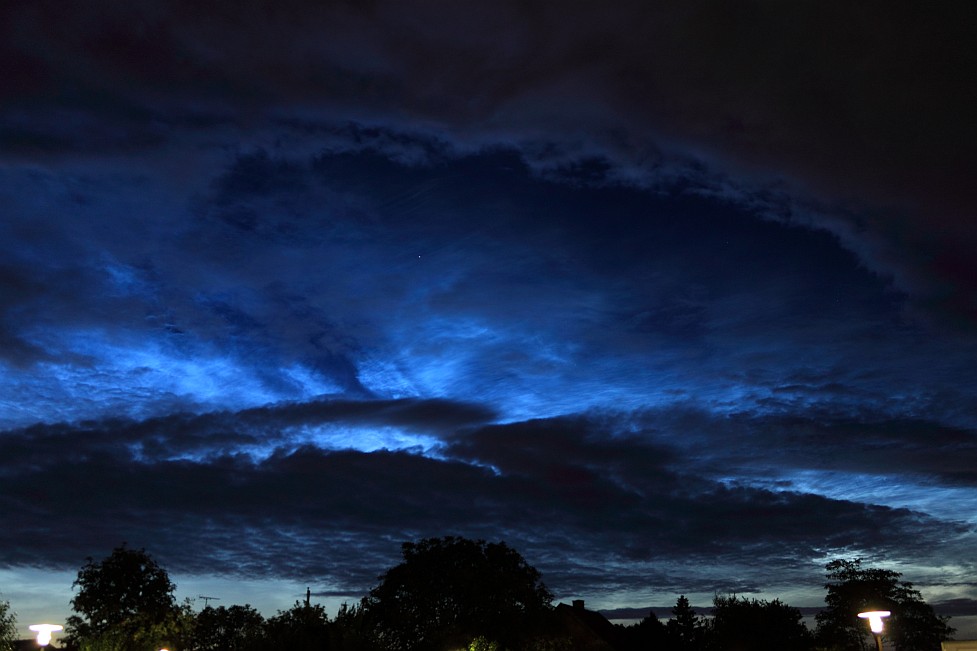 I made these GIF animations from the series of stills i captured.

Sequence 001 - 15 seconds between each image. Sacled down 50% before being cropped:

Sequence 002 - 10 seconds between each image. Scaled down 45% before being cropped: