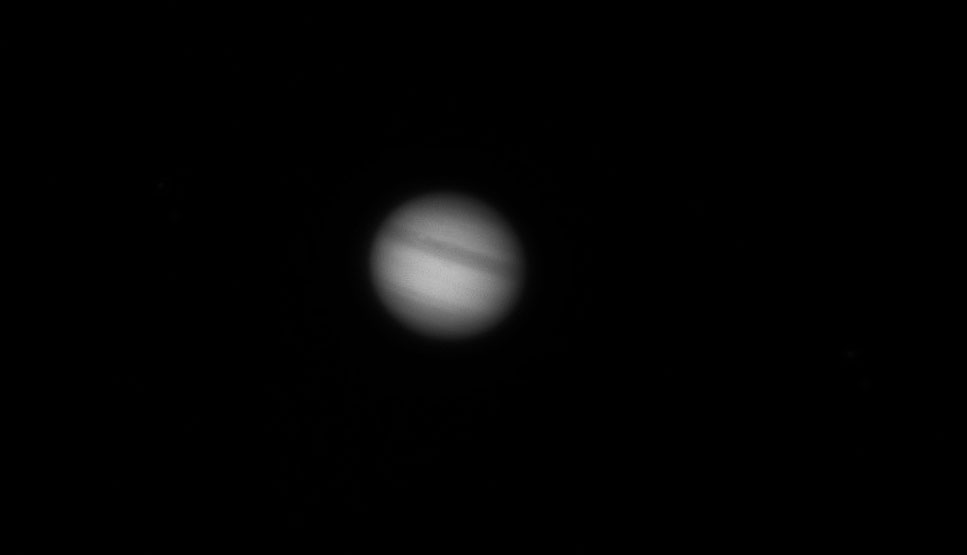 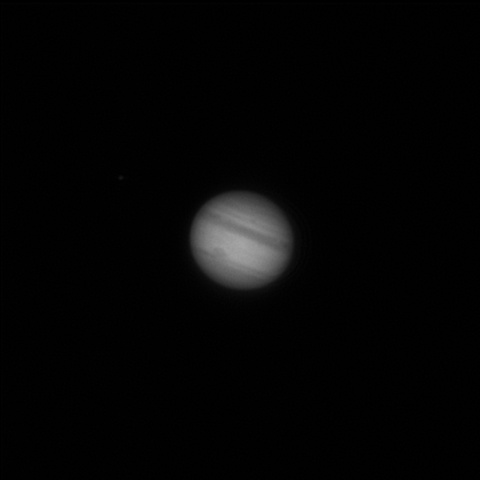 GIF animation of several captures to show its rotation.


I was outside that night to capture the great Jupiter. Had my Skywatcher 10" Flextube dobson outside to look visually but i just had to try to image through it.
Here is the result with a DMK31 smacked on top of the dobson. 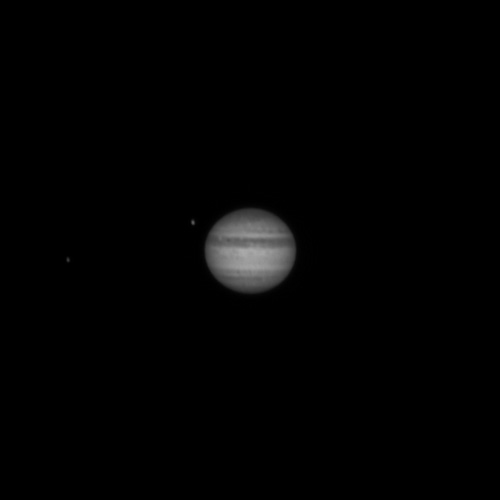 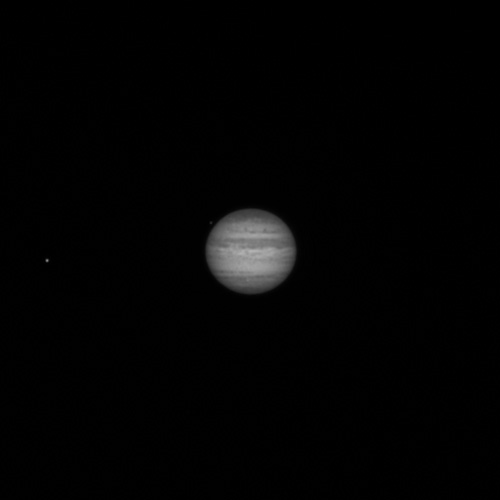 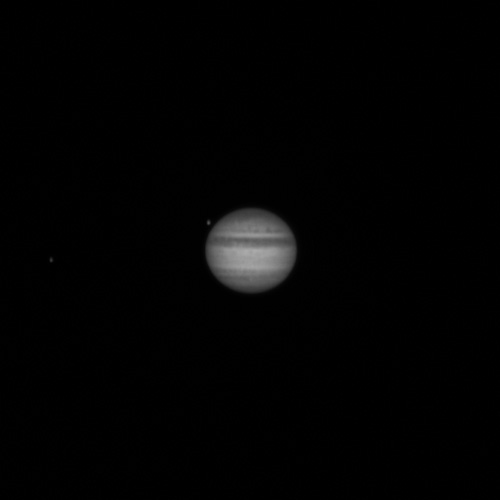 Managed to grab this last shot with my Scopos 80mm triplet just before Jupiter moved behind some trees.
2.5 Powermate. 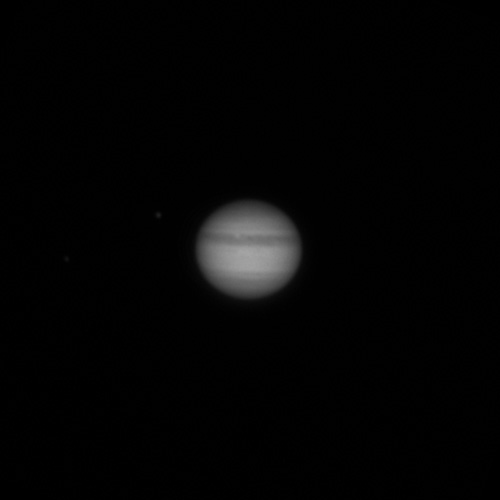 My first attempt at RGB of Jupiter. Seeing was pretty turbulent so focusing was pretty hard.
Used Castrator and AutoStakkert to crop, align and stack the AVIs. 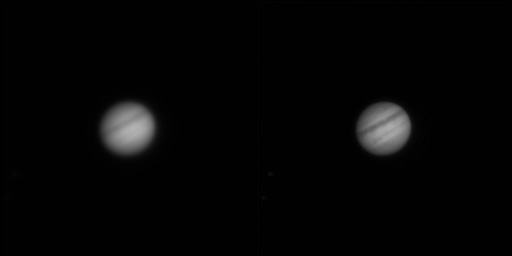 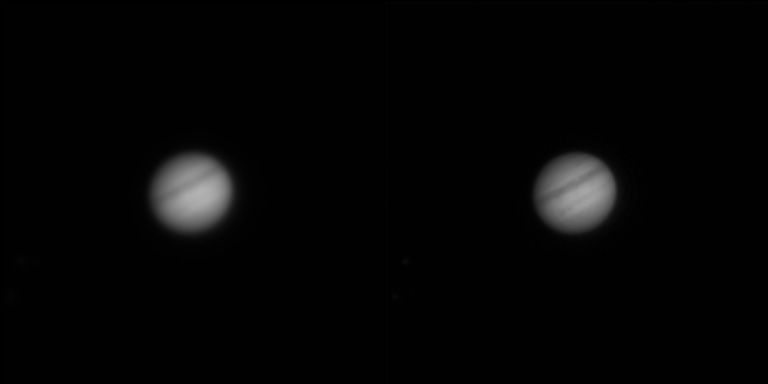 For the RGB i captured 600 frames per channel and used 50% for final stacking. 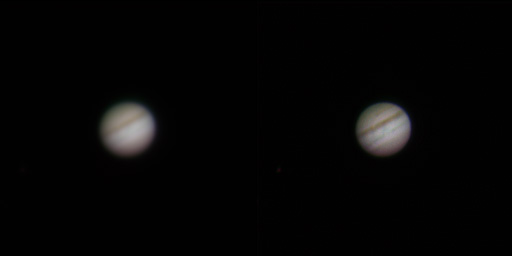 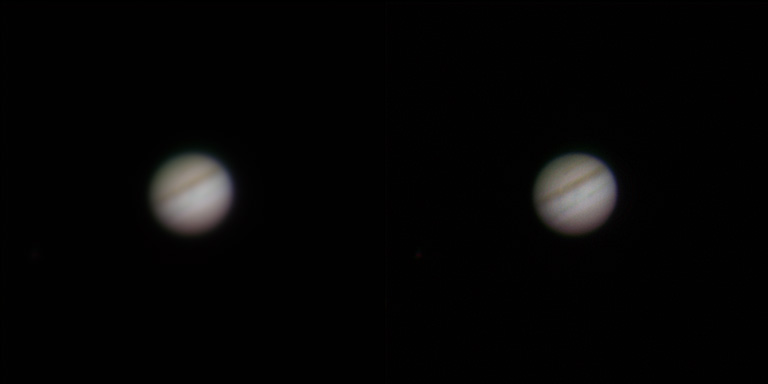 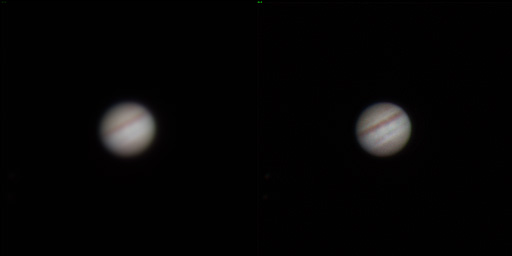 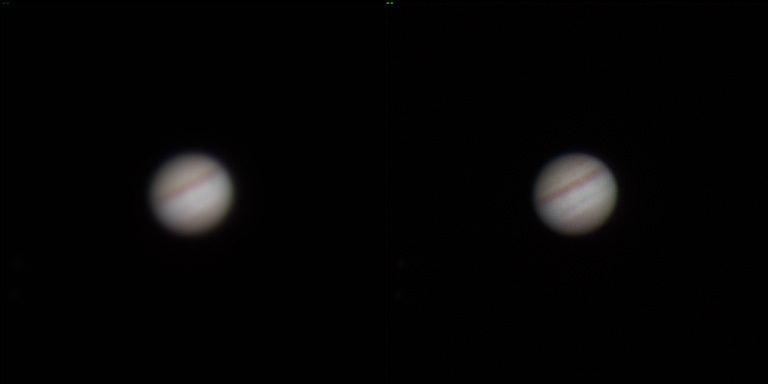